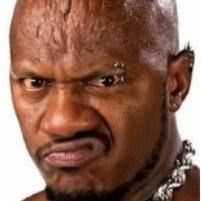 The wrestling world reacted to the death of New Jack, the
controversial former ECW star who passed away yesterday as a
result of a heart attack.

WWE issued a statement on social media and also wrote about
New Jack on the WWE.COM website. WWE is saddened to learn
that Jerome Young, known in ECW as New Jack, passed away
today at the age of 58. WWE extends its condolences to
Youngs family and friends.

Impact Wrestling, where he wrestled for a few, added, We
are deeply saddened to learn of the passing of Jerome New
Jack Young. We offer our sincerest condolences to his
friends and family.

All Elite Wrestling wrote, AEW and the wrestling world
mourn the passing of ECW Legend New Jack Jerome Young. Our
thoughts are with his family, his friends and his fans.

Some of his former colleagues also chimed in with tributes
on Twitter.

RIP NEW JACK. Such an intense performer and a riveting
interview. He made it very easy to believe, wrote Mick
Foley, a former ECW legend himself.

The Blue Meanie, who was in ECW with New Jack in the mid-
90s, wrote that he was absolutely gutted about the news.
You were a friend. You were a brother. You were a true
outlaw. You looked out for me. You protected me. I love you
Jerome. Rest In Peace New Jack! Thanks for being real with
me.

Rob Van Dam, the former ECW champion, said that he was sad
to learn that New Jack was no longer with them.

Steve Corino, another ECW alumni, said that New Jack was
always good to him. We used to do these crazy 8-mans in
ECW. Jack would always be last and Id get goosebumps when
that music hit. Then pray I wasnt getting the crutch that
night! Thank you Jack.

Now appearing on AEW as a manager and sometimes commentator,
Taz said that New Jack was a fearless and passionate
performer and offered his condolences and prayers to the
family.

The Twitter account of Dark Side of the Ring issued a
statement saying they were grateful to have had the
opportunity to tell his story and one of the creators of the
show, Evan Husney, added that he was shocked, speechless,
and sad.

Interviewing New Jack and making his episode is an
experience Ill never ever forget and will always stay with
me. Thinking about his family, friends and fans, Husney
wrote.