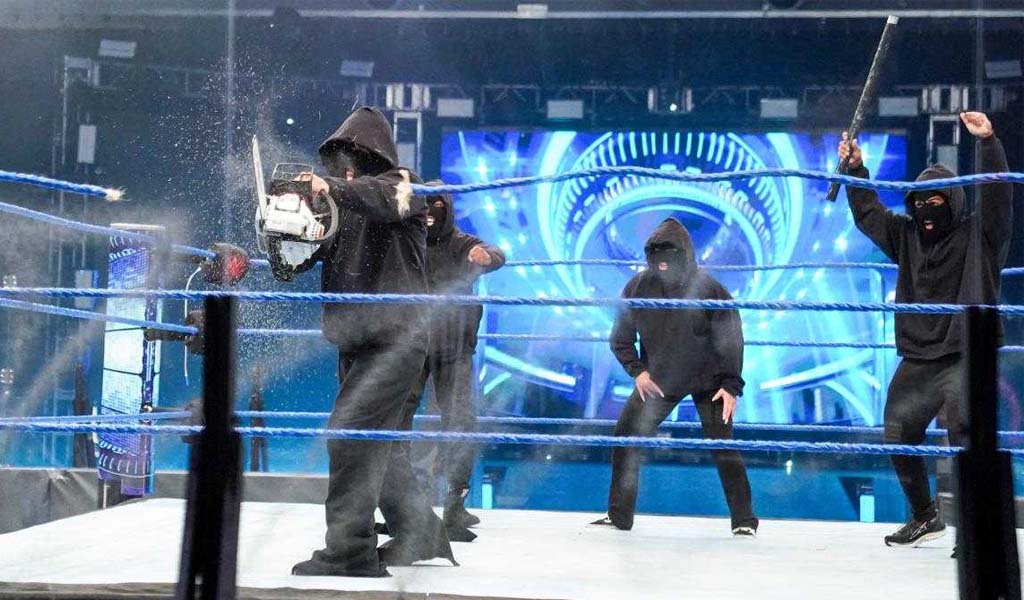 RETRIBUTION, the faction who made its debut on Raw earlier
this week, wrecked havoc on Smackdown, destroying everything
at the end of the broadcast.

The masked group came out and tried to attack Michael Cole
and Corey Graves and then scared the cameramen away. They
moved where the stand-in fans stay behind the plexiglass and
attacked several of them with baseball bats before heading
back in the ring, cutting the ropes with a chainsaw, spray
painting the ring and plexiglass. Two of the men then
flipped over the broadcast table as they continued to
destroy ringside.

The identities of the members of the group remain unknown
but there is at least one female individual part of it. A
lot of profanity was used during the attack but everything
was bleeped out.

While the attack looked similar to what Nexus did a decade
ago, RETRIBUTION had no Smackdown stars to beat up on as
they decided to attack when the broadcast was seemingly
over.