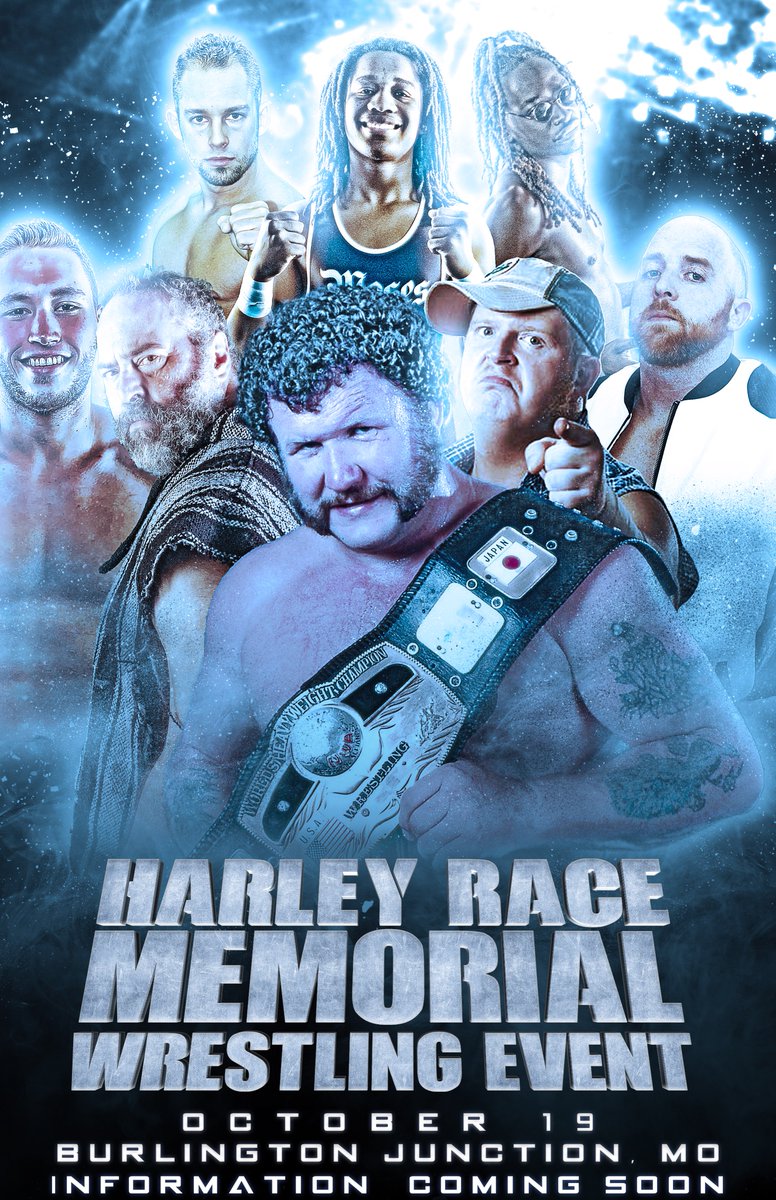 Early last week, word had gotten out about a tribute event
for the boss - #HarleyRace. Now it is official!

The Harley Race Memorial Wrestling Event will be taking
place on Saturday, October 19! This event will be in
Burlington Junction, Missouri - just outside where he was
raised as a young man.

Information about this event WILL be released in the very
near future, which includes ticket prices, matches, ticket
outlets, and more.

Spread the word - World League Wrestling is coming back to
the Northwest of Missouri and bringing professional
wrestling like no other - Harley Race style!
Share this article:
FacebookTwitterGoogle+