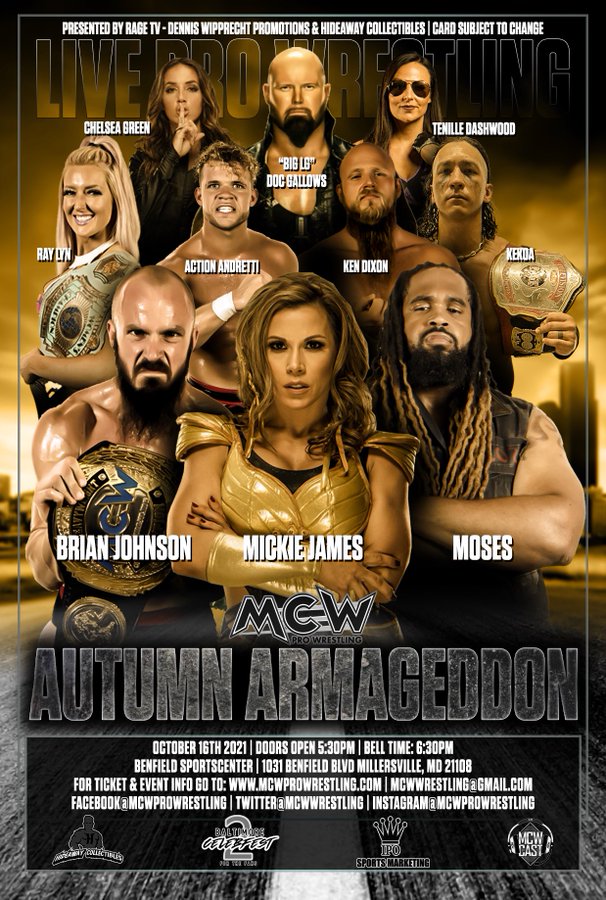 MCW then returns for the first time in two years on
Saturday, November 13 to the Hollywood Fire Hall, 24801 MD-
235 in Hollywood, MD with Rhyno, Amber Rodriquez, and so
many more with a 7:30 p.m. belltime.

Check out new episodes of the MCW Cast every Tuesday at 8
p.m. on MCW's Facebook page and YouTube page. Today's
Flashback Friday features George Jenkins and Buck Chyld vs.
The Punk Rock All-Stars vs. The Hellcats vs. The Unleashed.