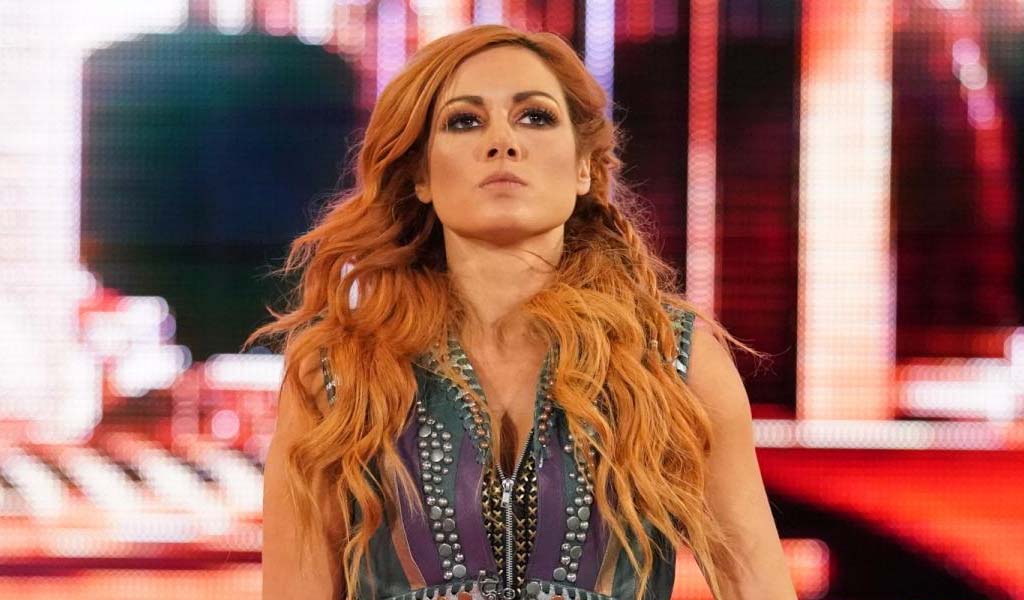 POST-PREGNANCY, WWES BECKY LYNCH IS BACK AT CHAMPIONSHIP-
LEVEL FITNESS

Baby Roux helped the SmackDown champion make peace with her
own body issues.

WWE Superstar Becky Lynch is back on the road with the pro
wrestling juggernaut after taking time out to start a family
and is now back, and feeling better than ever. The fighting
Irish woman appears to have made all the right moves for
staying in shape as she embarked on a blessed phase in her
life, staying active during her pregnancy and keeping an eye
on the current goings in WWE, but she also feels that
precious time at home with daughter Roux was the X-factor
that made all the difference to her mental and physical
health as she trained for an epic return.

Having been part of the first ever all-female WrestleMania
main event, besting Charlotte Flair and Ronda Rousey at
WrestleMania 35 in 2019, The Man was riding high at the
top of the card and ruling the ring before sharing the
joyful news of her pregnancy back in May 2020. After
stepping away, and then teasing her potential comeback on
social media for months, Lynch (34) returned to action at
SummerSlam 2021 in August to replace Sasha Banks,
challenging Bianca Belair for the SmackDown womens title.
In doing so, Lynch appeared to be in the best shape of her
career. She proved so by taking the ESTs championship
within a matter of mere seconds in Las Vegas.

So how did this supermom come back better than ever before?
During her pregnancy, the longtime fitness enthusiast and
grappling icon from Limerick, Ireland, talked to the Bella
Twins YouTube channel, explaining that she was undertaking
cautious, light gym sessions during her first trimester
despite bouts of morning sickness.

I knew I wanted to have a baby before I was 35, and then I
met Colby (fellow WWE superstar, Seth Rollins) and I was
like, well this is perfect, this is my person, Lynch told
the Bellas. Originally I was like, Ill wait until Im
done wrestling and then Ill have a family. Then I was
like, wait, why do I have to do that? Guys dont have to do
that, hell, Ill just do it whenever the time feels right.
So, we started trying, and I thought it would take a long
time and it didnt. It happened immediately. We were super
lucky. Throughout her pregnancy, Lynch says she made trips
to Deadboys Fitness, the CrossFit gym co-owned by her
husband and Josh Gallegos, to stay active.

The happy couple announced the birth of their beautiful baby
daughter Roux on Dec. 7, 2020 in a post that was liked by
nearly one million viewers on Instagram and, while fans were
still chanting for The Man on WWE television, the new mom
was thrilled to be at home breastfeeding her baby.

Exercising during pregnancy is healthy for both mother and
child, and there is evidence to suggest that breastfeeding
moms may have improved postpartum weight loss too, but
Lynch never put herself under pressure to become one of
those social-media-influencers that flaunts a perfect body
just weeks after giving birth. She made sustainable choices
in order to get back into ring shape, including coaching
from Jason Phillips, but in talking to Muscle & Fitness just
hours before defending her title successfully in front of
thousands of fans at Londons o2 arena, Lynch gave her
thoughts on how quality time at home, and finally getting an
extended stay in her own bed, could have been just as, if
not more, important than all those sets and reps.

So, I wonder I wonder if a lot of it is sleeping in my
own bed every night, just because [in WWE] we are on the go,
so much. We are on the road and we gotta eat out, and so now
I get to sleep in my own bed, says Lynch, who jokes that
sleeping while sharing a house with a newborn could be
described as a rough term. But you know, I stay in my own
bed, and can cook and do all of those things [to live a
healthier lifestyle, that are more challenging on the road].
I also just wonder if its running around [as a busy mom],
because I am training the same way as Ive always trained,
quite intense.

Theres no doubt that time at home with Roux has been a
great way for Lynch to gain perspective on her confidence
issues too. As someone who must deal with public scrutiny on
every aspect of her life, The Man has had her ups-and-
downs with feelings about her body, but being a mother has
provided perspective to appreciate the miracle of becoming a
parent.

I just feel like I appreciate my body more, says Lynch. I
go, Well, you know what? Ive created a life this is
great this is great. I dont really care how it looks any
more, you know what I mean? If that makes sense? Ive always
had body issues, and I was always self-conscious about, you
know, whether its showing my stomach off and now Im just
real proud of the function of it, of everything it can do.
So, I dont know if its a mental thing that just turns into
a physical thing. If that makes any sense?

It makes perfect sense to us!